a little about.. Samos

Samos is the closest of the Greek islands to the Turkish coast. The distance of 1,300 metres separating Europe from Asia has been known since ancient times as “Eptastadios Porthmos” or “Mycale Strait”. Chios lies to the Northwest of Samos, Ikaria to the west, the island complex of Fournoi Korseon to the southwest and the Dodecanese to the south of the island. The town of Samos (Vathy) is the administrative centre of the municipality.

Karlovasi is the second largest urban centre, hosting the headquarters of the School of Sciences of the University of the Aegean. Pythagorio is the historic municipality of the island, where the foundations of the ancient city of Samos were laid. Its fourth largest town is Marathokampos, at the foot of the imposing mountain Kerkis. A total of 33 large and small villages and many small settlements with a distinct local style expand from the coast of the island to the mainland, which is dominated by two mountain ranges, Karvounis (elevation 1,153 m) and Kerkis (elevation 1,443 m).

Samos is the birthplace of great historical figures of the ancient world:
the philosopher Epicurus, the founder of the heliocentric theory Aristarchos, as well as the great philosopher and mathematician Pythagoras. Herodotus and Aesop also lived for long periods on the island and, according to mythology, the goddess Hera was born there.

A cultural centre since ancient times, Samos boasts remarkable wealth in all aspects of art. Prominent works can be found in the Archaeological Museums, while Pythagorio and the temple of Hera, the Heraion, have been designated as UNESCO World Heritage Sites. The town of Samos has an Archaeological Museum, an Ecclesiastical Museum, a Historical Archive, a Wine Museum and a Public Library. The island also has a Natural History Museum in Mytilinioi, a Folklore Museum at the Dimitriou Cultural Foundation, a New Archaeological Museum in Pythagorio, a Tanning Museum and a Folklore Museum in Karlovasi, as well as other small folklore and historical museums in several villages. The contemporary culture of Samos is reflected in its architecture, in traditional settlements with remarkable churches, grand manors and prominent public buildings as well as its old tanneries and tobacco factories. 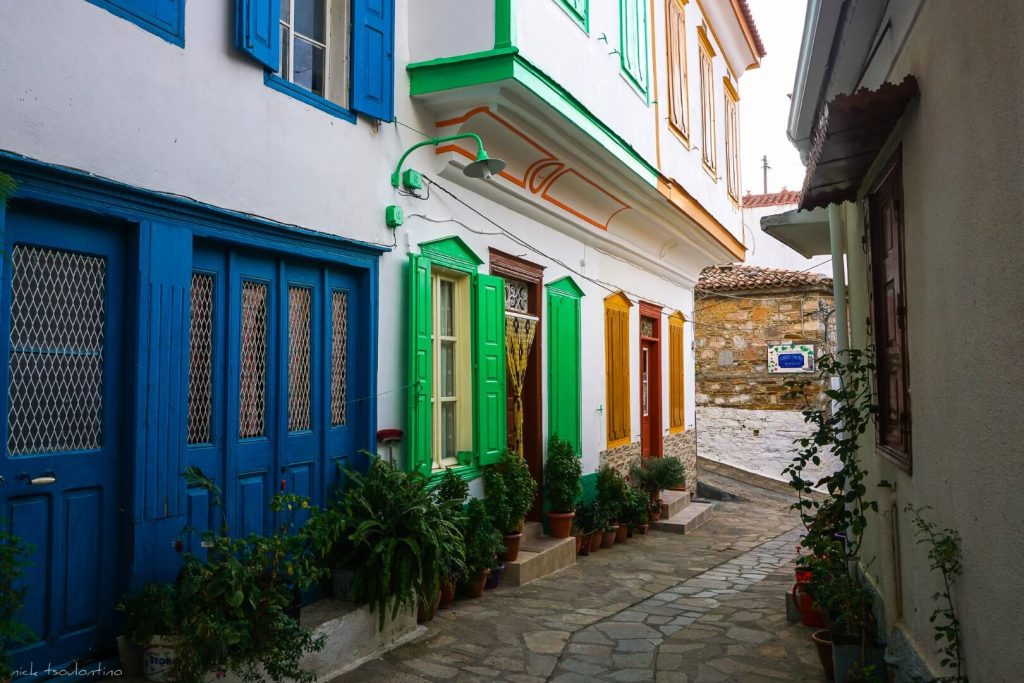